Often when people are interested in buying a home and applying for a mortgage, they ask how to best improve their credit scores. Time and again, I see the same trap consumers fall into that zaps their credit to begin with. You may be surprised at the biggest mistake, and you’ve probably made it. Here’s what it is and how to fix it.

Connie went into a department store to purchase a new washer and dryer. The store offered her 10% off her purchase, saving her about $200, for opening a store credit card. She was prepared with cash, so decided to take the deal to save the money and pay it off the first month.

Unfortunately, the mail room in her apartment flooded and she never received her statement. When the department store credit company called her, and asked her why she failed to make payment, she made it in full, however the late payment her credit report. Three months later when she was ready to buy a home, she had to pay $3000 in points to keep her rate the same.

I consider store cards (retail shops) to be a trap many people find themselves stuck in when it comes to credit. With the easy ability to apply, discounts for signing up, and monthly billing, they seem like a dream. People want to save money on their purchase and believe they will pay it off in a month or two, but instead, they end up with a 3-way loser.

First, they have a care they need to pay 12 times a year, making it easy to forget a payment, resulting in a late fee and ding that can last over a year.

Second, they have a low limit, so the amount they charge is typically close to max, which hurts their credit ratio and score.

Third, the interest is very high, making it take longer to pay off and all of a sudden, it’s the end of the year, and they still are carrying a balance. Applying for these cards makes a small but immediate ding on your credit as well. These pitfalls typically reduce any savings they received on their original purchase that offered the discount for signing up for it to begin with. 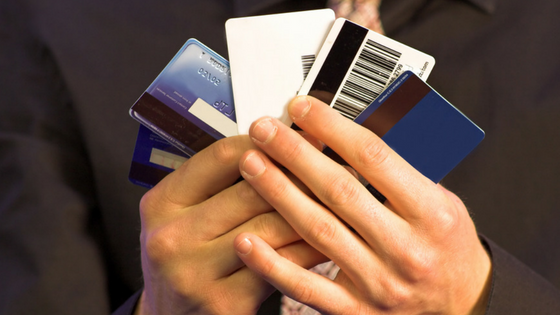